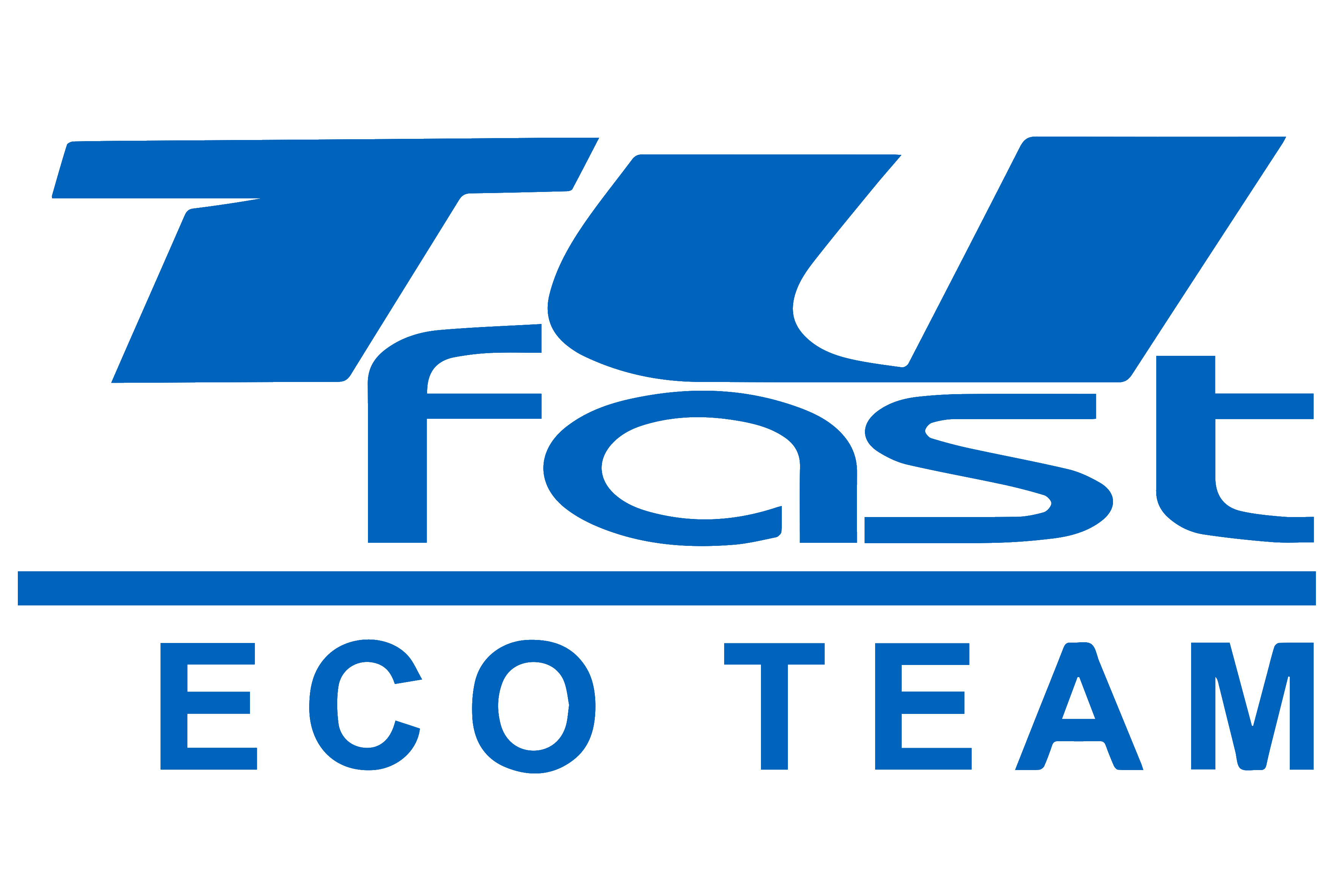 As of 2018 driverless disciplines have been introduce into the Shell Eco Marathon. Since its inception, TUfast Eco Team have sought to develop an autonomous vehicle. This materialized into the creation of the muc018, where an autonomous driving system was successfully integrated into the vehicle for the first time, and in the same year the TUfast Eco Team achieved second place in the autonomous category of the SEM.

The goal of the current season is to equip the latest car with a more robust autonomous system able to fulfill more demanding tasks. To accomplish such an interdisciplinary project, there must be seamless interaction between the software and hardware of the autonomous system.

For example, it is of the utmost importance to install the appropriate actuators. Furthermore, a steering motor and an autonomous braking system must be incorporated into muc019. The precision of the calibration of the motors and their controls are of particular importance. The prior calculations for the trajectory of the vehicle must also be traced as accurately as possible. Therefore, it is of great significance to consider the dynamics of the car, to ensure that the vehicle behaves as intended, irrespective of external influences.

The continuous development towards muc019+, as we have christened our project, is already in full swing. The fusion of a highly efficient design with autonomous functionality through clever packaging is being refined. In addition, muc019+ will be fitted with various environmental sensors. Three cameras mounted on the roof of the vehicle form the main component of the environmental sensors. One camera will be fitted with a 190-degree wide-angle lens, capable of overseeing the entire front-area of the car. The other two cameras, together form a stereo camera, which estimates the distances to objects in front of the vehicle

The LiDAR sensor positioned on the bonnet, outputs a 3D point cloud environment. The sensor is placed in such a way to cover all objects in front of the vehicle and much of the road ahead.

By using the combination of cameras and LiDAR data we can create a hyper-accurate model of the environment around the car. The image recognition provides information about the object type, and the LiDAR sensor pinpoints the location of the object in the environment.

Additionally, ultrasonic sensors will be installed around the vehicle. These sensors can detect objects at extremely short distances, making it possible to park the autonomous vehicle in a parking space.

The Technical Features of the Vehicle

With efficiency value from the Shell Eco Marathon (130.4km/kWh) 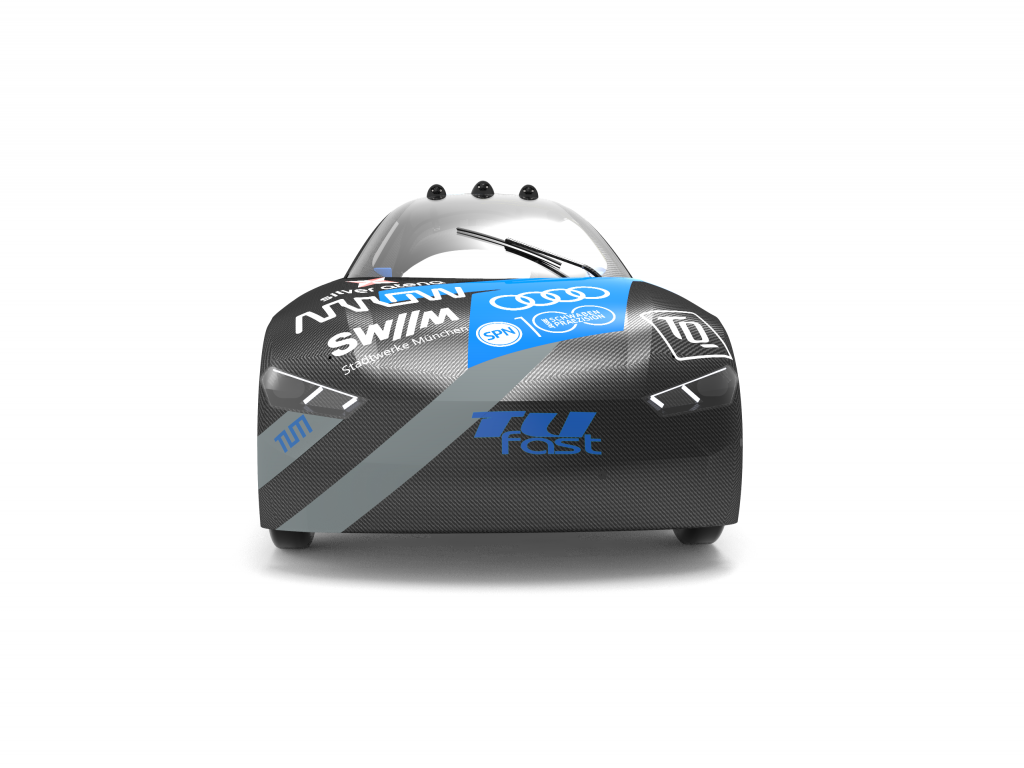 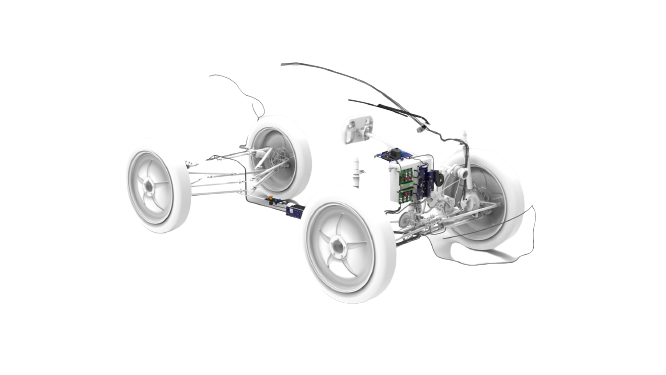 CAN and Bus for communication between control units 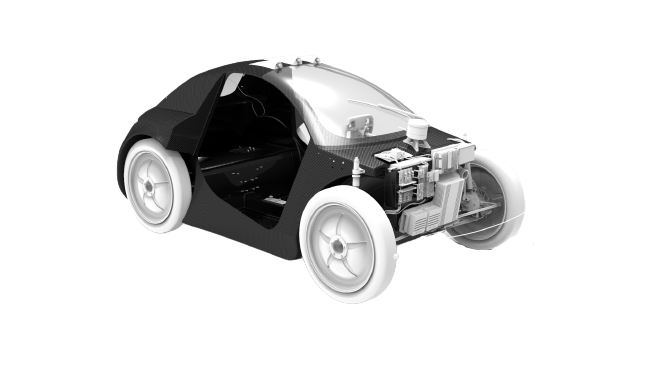 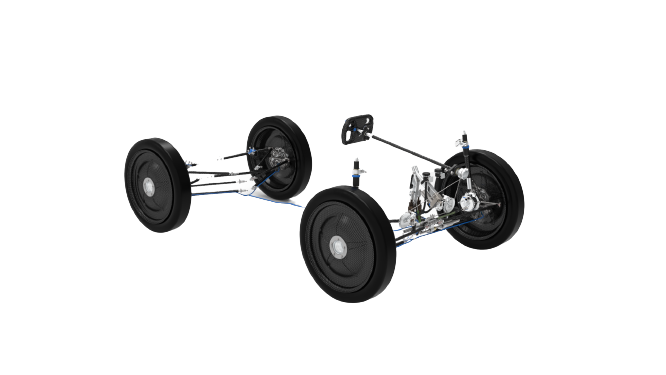 Modular integration into the platform

Simplification of the hardware architecture (reduction of components and wiring harness) 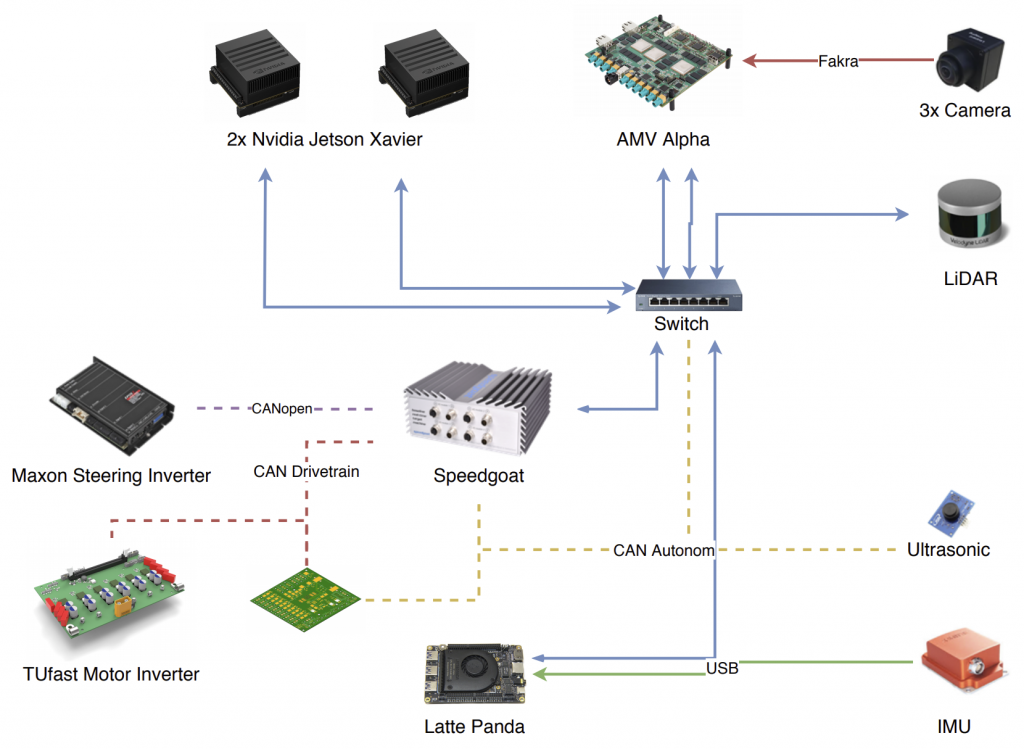